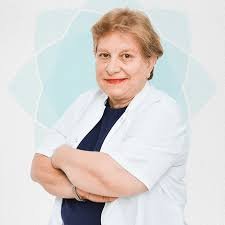 Professor in Paediatric Endocrinology, Medical Faculty, University of Kyrenia, MD and fellow in paediatrics at University of Istanbul.

Additionally, she performed clinical research in pediatric endocrinology at University College London, the Middlesex Hospital in London UK from 1986 to 1987. She is a member of the Turkish Association of Pediatric Endocrinology and Diabetes.

She served as president of this association between 2005 and 2009.She is also the founding and a board member of the Turkish Association of Childhood and Adolescent Diabetes. She is a member of two international societies the first being the European Society for Pediatric Endocrinology and the second the International Society for Pediatric and Adolescent Diabetes. She is a consultant in the Turkish Ministry of Health for two National programs.

The first program is the National Neonatal TSH screening program and secondly the National Diabetes control program. Additionally she holds a consultancy for the Turkish Republic of North Cyprus in the Ministry of Health for pediatric endocrinology.