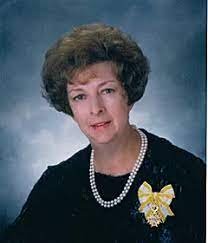 In 1989 King Juan Carlos I of Spain invested Marina Keet as Dame of the Order of Queen Isabel of Spain (Lazo de Dama de la Orden de Isabel la Católica), given in recognition of her services in presentation and preservation of Spanish dance.

The award has also been given to esteemed artistes like Carmen Amaya and Antonio.

In Sweden she received, from the hand of Princess Christina, the 2008 Gold Medal of the Carina Ari Foundation “for honoring the art of Swedish dance” with her book on the Royal Swedish Ballet.

In 1987 Keet was presented with the Special Achievement award by the Hispanic Institute for the Performing Arts in the USA.

In 1997 the Spanish Dance Society in the USA presented a Lifetime Achievement Award to her, and the Mayor of Washington named a day in her honour.

The International Association of Blacks in Dance bestowed “the Outstanding Service Award for many years of service to dance in Metropolitan Washington DC” in 2003.

Keet studied ballet at the University of Cape Town Ballet School in South Africa and danced in their company, before her love for Spanish dancing led her to specialize in that art form. She choreographed, and taught Spanish dance and ballet history.

She is author of several books, and of numerous articles for dance magazines and international encyclopaedias; e.g., the books Spanish Dance (University of Cape Town, 1971), The History of Ballet in South Africa (1981), The Jota (Spanish Dance Society, 2001), The Bolero School (Dance Books Ltd, London, 2002); and Royal Swedish Ballet. History from 1592 to 1962 (Georg Olms Verlag, Hildesheim, 2007); also contributed to the Spanish Ministry of Culture’s symposium Encuentro Escuela Bolera in Madrid in 1992.

She choreographed not only many performances for the University of Cape Town Ballet Company but major ballets such as Misa Flamenca and The Three-Cornered Hat, as well as several ballets for the Cape Performing Arts Board; for the Danza Lorca company Percussion Bolero and The Magic Circle, also in Cape Town.

In some of these the Spanish dancer José Antonio (Ruiz) , the former Director of the Spanish National Ballet, was guest artist.

There, between 1982 and 1993, she taught Spanish dancing at the University of Maryland and, as Professorial Lecturer, at George Washington University in Washington DC.

In Washington DC in 1982 she also founded the Spanish Dance Theatre company. The company presented performances and lecture demonstrations at venues such as the Kennedy Center, the Smithsonian Institute, the National Gallery of Art, and the National Geographic Society in Washington DC, opening the Goya exhibition in Boston with dances from that era; and in New York at the Juilliard School of Music, as well as annual performances in the historic theatre of the Museum of Natural History.

In June 2003 she presented a lecture-demonstration on the Escuela Bolera at the New Orleans International Ballet Conference, celebrating the Louisiana Purchase.

She now lives in London, where she is Hon. Life President of the International Spanish Dance Society.

She writes for The Dancing Times in London, and was a critic for the now discontinued Flamenco International Magazine.

Born 1934, married to Dr Mikael Grut. They have  three children and eight grandchildren.